Egg Freezing for Fertility Preservation in Women with Cancer

When women of child-bearing age are diagnosed with cancer, they face a difficult decision. If they proceed with treatment, will it affect their future fertility? Will the chemo have side effects that hurt their eggs? And if they don’t get treatment, will they survive, be able to get pregnant, and birth a healthy baby to start a family?

The prospect of infertility is one of the most difficult and emotionally upsetting concerns when considering cancer treatment. Thankfully, medical advances offer a number of viable options. Today, women can preserve their fertility and protect their eggs from the side effects of chemotherapy by removing some eggs for safekeeping in a frozen state.

Many variables—a woman’s age, the type of cancer being treated, the particular chemo side effects, and other medical considerations—affect which options would be the best for an individual woman. We recommend discussing all fertility options with professionals, medical fertility experts, such as reproductive endocrinologists, who have the expertise to advise women about their fertility choices.

Where to Get Fertility Treatments

Once a woman has decided on a particular fertility treatment, it may be available at the hospital where she will be receiving her cancer treatments. She would also have the option of working with a private fertility preservation clinic.

This article will focus on just one of the options available for overcoming chemo side effects to preserve fertility: egg freezing.

The Egg Freezing Option with IVF

Egg freezing, also called mature oocyte or egg cryopreservation, is a medical procedure that removes eggs directly from a woman’s ovaries and freezes them for future use. When the time is right, her eggs can be thawed and fertilized in a lab. A viable embryo can then be inserted into her uterus. Fertilization of the egg and transferring an embryo is referred to as in vitro fertilization, or IVF. 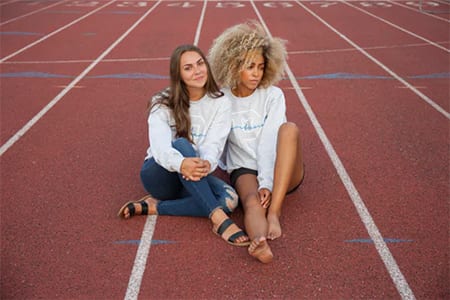 The Choice of Egg Freezing

Egg freezing is the more recent of these two procedures, but it is no longer considered experimental and can be an ideal option for young women or women without a partner. Egg freezing might also be more attractive to women who, for religious and ethical reasons, prefer the insertion of an egg, not an embryo, at the time of in vitro fertilization. Egg freezing is also a highly viable option for preserving fertility with women who are not ready to choose a sperm donor at the time of needing to freeze eggs, as might well be the case for a woman suddenly facing cancer treatment.

Proceeding with Freezing Your Eggs

A blood screening test is done on day three of the cycle to assess ovarian function by measuring the concentration of follicle-stimulating hormone (FSH), estradiol and anti-mullerian hormone (AMH).

A second blood test and an ultrasound might be done to get a complete picture of the woman’s ovarian function.

Blood tests for certain infectious diseases will also be done.

Synthetic hormones are given to stimulate the woman’s ovaries to produce multiple eggs a month instead of the usual single egg.

The synthetic hormones that might be used during this stage include:

The doctor will monitor the woman during this treatment period with blood tests to measure responses to the medications. Usually estrogen levels increase as follicles develop while progesterone levels remain low until after ovulation.

Vaginal ultrasounds of the inside of the ovaries will also be given to monitor the development of fluid-filled sacs called follicles where the eggs mature. When the follicles are ready, typically in 10 to 14 days, an injection of human chorionic gonadotropin (Pregnyl, Ovidrel), or another similar medication, will be given to help the eggs mature.

Once the eggs are mature, egg retrieval is possible. It is performed under moderate (conscious) sedation, typically at a fertility center. This medical procedure usually involves transvaginal ultrasound aspiration in which an ultrasound probe is inserted into the vagina to identify the follicles. A very fine needle is then guided through the vagina and into the follicle where a suction device on the needle  removes one or more eggs. After egg retrieval, the woman may experience cramping and feelings of fullness or pressure. These feelings might continue for weeks until the swelling of the ovaries recedes.

When the unfertilized eggs are harvested, they are cooled to subzero temperatures to preserve them for future use. The makeup of an unfertilized egg makes it somewhat more difficult to freeze than does the makeup of a fertilized egg, an embryo. This can result in lower chances of a frozen egg leading to a successful pregnancy than a frozen embryo, but further research on the odds of success is needed to determine the exact difference.

The process most commonly used for egg freezing is vitrification. During the rapid freezing process, high concentrations of substances called cryoprotectants are used to help prevent ice crystals from forming.

Women can typically resume normal activities within a week’s time after egg retrieval. Unprotected sex should not be engaged in during this period to prevent an unintended pregnancy. Each woman is different, of course, so activities and symptoms should be discussed and monitored closely by the fertility specialist.

Reviewing the Risks with Egg Freezing

As with all medical procedures, there are risks to be considered before undertaking egg freezing.  These can be explained by your specialist.

There can be side effects and risks from the use of fertility drugs.

Sometimes, but rarely, the use of fertility drugs (such as a luteinizing hormone or synthetic follicle-stimulating hormone) that induce ovulation can cause ovaries to become painful soon after ovulation or egg retrieval.

Rarely, too, other more severe forms of ovarian hyperstimulation syndrome may occur and can be discussed with your medical provider.

Unintended Harm from the Needle

There is a rare risk of the egg retrieval needle causing bleeding, infection, or damage to a blood vessel, the bladder, or bowel.

No Signs of Increased Risk of Birth Defects

The research to date has not indicated an increase in the risk of birth defects for babies born from egg freezing.

When You’re Ready to Be Pregnant

At the time a woman is ready to use her frozen eggs, the eggs will be thawed and then fertilized with sperm in a lab. The fertility specialist may recommend using a fertilization technique called intracytoplasmic sperm injection or ICSI. In ICSI, a single healthy sperm is injected directly into each mature egg. Once a fertilized egg is ready, it will be implanted into the woman’s (or a gestational carrier’s) uterus. (A gestational carrier is a woman other than the mother who may carry the embryo.)

The chances for a successful pregnancy after implantation range between 30 to 60 percent, depending on the woman’s age at the time of egg freezing.

As with all pregnancies, there is a risk of miscarriage, based primarily on a woman’s age at the time eggs are frozen.  Older women have higher miscarriage rates, mainly because of egg maturity at the time of retrieval.

There are more choices now for women and maturing girls facing the difficult news of a cancer diagnosis. Now women have access to better medical treatments for cancer, and they also have much better options for protecting their fertility against chemo effects.

Thanks to these medical advancements, fertility specialists can work with women and their cancer doctors to find their best option. Together, they can support women in realizing their desire to get pregnant following their cancer treatments. Together, it is more possible than ever before for cancer survivors to achieve successful pregnancies post-treatment.