How Does Ectopic Pregnancy Affect Fertility? 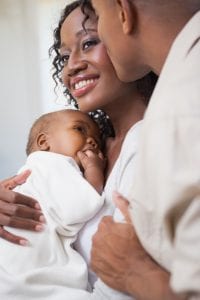 An ectopic pregnancy occurs whenever an embryo attaches outside of a woman’s uterine cavity. Although difficult to estimate accurately, it has been reported that as many as 2 percent of pregnancies land in ectopic locations and 98 percent of ectopic pregnancies are tubal pregnancies. Tubal pregnancies result when a fertilized egg does not complete its journey from the ovary to the uterus and implies that the natural transport mechanism of the fallopian tube may not be functioning normally.

Your uterus is uniquely suited to house a growing fetus because of its ability to expand as the pregnancy progresses. When a pregnancy develops in the fallopian tubes, there is no room for expansion. If the embryo isn’t removed, it will eventually rupture the tube, which can cause life-threatening bleeding.

Ectopic pregnancy treatment is designed to save your life and to preserve your fertility. Common treatments include:

Researchers discovered some good news when they compared pregnancy rates for patients who received any of the three treatments described above. No matter what type of treatment study participants received, their ability to become pregnant again was largely the same. Sixty-seven percent of women who had methotrexate injections, 71 percent of participants who had a combination of methotrexate injections and laparoscopic surgery, and 64 percent of participants who had laparotomies became pregnant within two years after treatment.

Your ability to conceive or avoid an ectopic pregnancy in the future may be affected by the health of your fallopian tubes. Obviously, the removal of a tube makes it more difficult to become pregnant, but several issues with your tubes – including scarring, adhesions and pockets inside the tubes – can impact fertility. Women who have had one tubal pregnancy are more likely to have another ectopic pregnancy, although only 12 percent experience the problem with the next pregnancy.

Scars or defects create obstructions that hamper the progress of the egg. The hormones in fertility drugs may also cause the egg to slow down during its journey.  You might be more likely to experience another ectopic pregnancy if you smoke, have inflammation or an infection in your tubes, have had abdominal surgery in the past, or become pregnant while an IUD is in place.

Reproductive medicine specialists can help you become pregnant if you’re having difficulty conceiving. Your specialist may recommend a hysterosalpingogram, a test that can detect blockages and scars in your tubes and problems with your uterus.

The test involves the insertion of a contrast dye into your uterus. When your abdomen is X-rayed, your doctor will look to see if the dye can be seen in both your uterus and the fallopian tubes. If there is a blockage, adhesions or significant scarring, the dye will be unable to travel to the fallopian tubes. If any problems are detected, your doctor may recommend laparoscopic surgery to remove the adhesions or scar tissue.

Your reproductive medicine specialist can offer a variety of treatments, depending on your particular problem. Bypassing the tubes completely with in vitro fertilization may be the best option in some cases. After eggs are retrieved from your ovaries, they are combined with sperm in a lab to form embryos. One or two embryos are transplanted directly into your uterus, which can increase your odds of a successful pregnancy.

Are you having difficulty becoming pregnant again after an ectopic pregnancy? We’ll assess your situation and offer solutions that may help you achieve your goal of becoming a parent. Contact us to learn more.