The Role of CoQ10 in Your Fertility Treatment 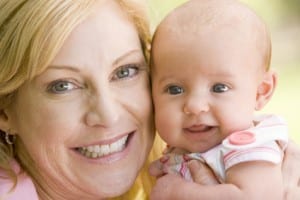 CoQ10 is a potent antioxidant that is naturally made in the cells of the body. Used for cellular energy production, CoQ10 supplementation has been investigated for many and varied medical conditions, including recent studies supporting the potential to help with fertility.

What Makes CoQ10 So Valuable?

A possible role for CoQ10 in fertility makes sense for a number of reasons. For starters, CoQ10 is a component of our cells’ energy production process in mitochondria. The higher the energy needs of a cell, the higher the content of CoQ10. This means cells/organs with high-energy requirements have more mitochondria and higher CoQ10 levels.

Aging affects both fertility and mitochondria. As women age, pregnancy rates decrease and chromosomal errors in their embryos increase.   Chromosome number errors lead to miscarriage and live-born genetic conditions like Down syndrome. Mitochondrial DNA mutations also increase with age, possibly due to differences in mitochondrial DNA repair mechanisms. These concordant differences associated with increasing age encouraged research into the role of CoQ10, as a mitochondrial supplement and possible fertility support.

Studies Show the Value of CoQ10 in Reproductive Care

The Casper group has also shared early work soon to be in press in which they induce CoQ10 deficiency in mice. Disrupting CoQ10 production in these mice appears to disrupt mitochondrial function, increase chromosomal errors and lead to premature ovarian insufficiency. Replacing CoQ10 appears to restore ovarian function to these CoQ10 deficient mice.

Research is still in its infancy

Studies conducted in humans are small and need further development. For example, a small randomized controlled trial published on the Clinical Medical Insights: Reproductive Health journal looked at the use of either a 600 mg CoQ10 supplement or a placebo for two months before IVF. While early results were interesting with a higher percentage of embryos with normal chromosome number in the CoQ10 group, the study was too small (only 24 women completed the study) to show a statistically significant difference.

Another study, published on Reproductive BioMedicine Online, showed that CoQ10 added to ovulation induction with Clomid increased ovulation and pregnancy rates as compared to Clomid alone.

It’s also important to note that antioxidants in general—and CoQ10 in particular—have shown benefit in improving semen analysis parameters, including:

In a study published in The Journal of Urology, researchers found that “significant improvement in sperm density and motility was evident with coenzyme Q10 therapy.”

CoQ10 is showing promise as a supplement that improves fertility outcomes. While the current evidence is largely from mice-based studies, CoQ10 has some early support in humans.  Since it is a potent antioxidant with no evidence of harm, we recommend that you consider adding CoQ10 to your current supplementation when trying to conceive.

Sources: Bentov and Caspar 2013 : The Aging Oocyte – Can Mitochondrial Function Be Improved?